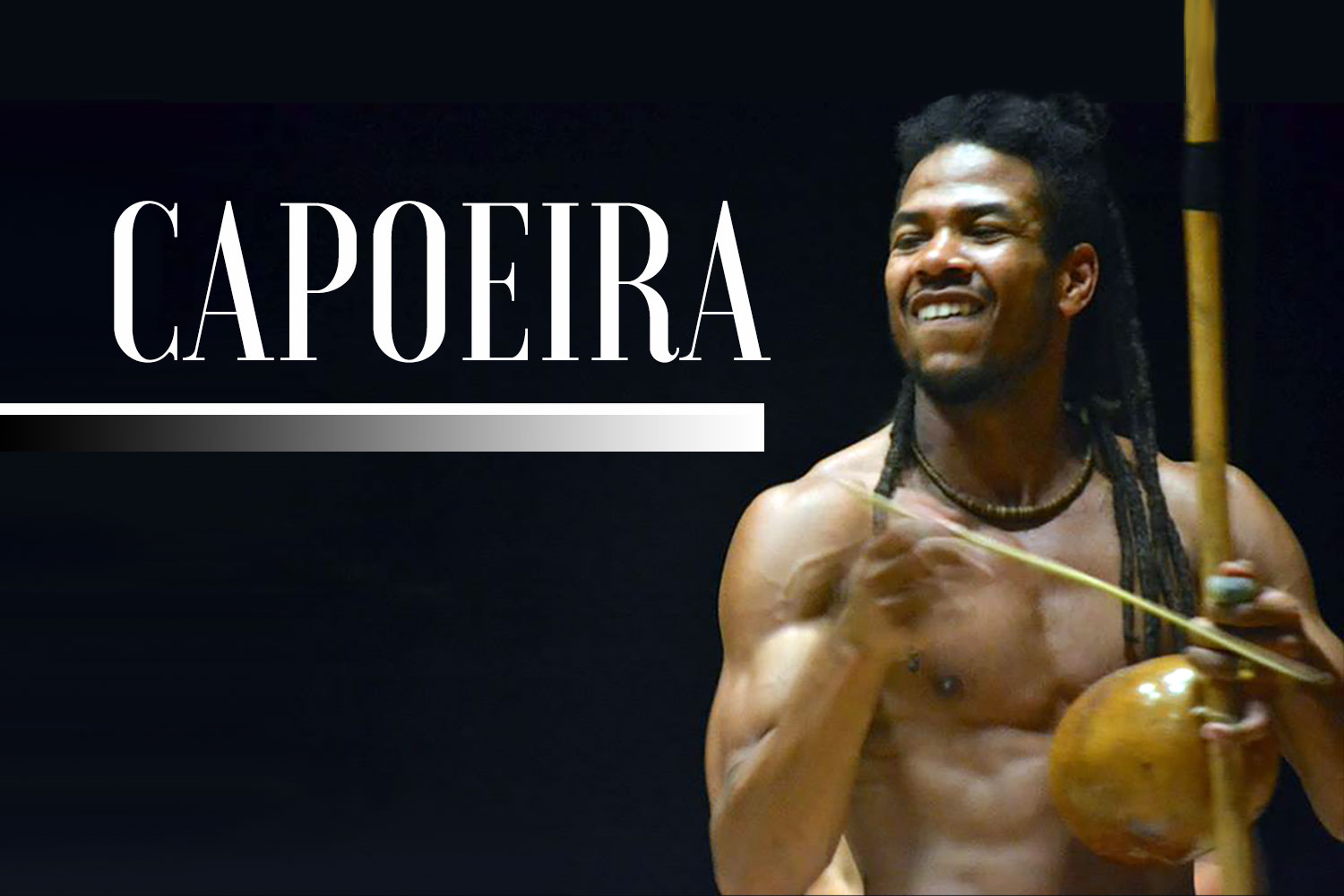 Join veteran capoeira teacher and practitioner Fábio Pereira Nascimento, aka Professor Fuá, for an immersive workshop that will engage body, mind, and soul. Through singing, drumming, playing, dancing, and storytelling, students will feel in their bodies the weight of Brazilian culture. Laughing at themselves, struggling together, and learning new skills, students will confront and reflect about such deep social constructs as structural racism, awkwardness, gender roles, mind/body values, and faith.

About Professor Fuá:
Fábio Pereira Nascimento, aka Professor Fuá, is from the city of São Paulo, Brazil. Fabio began formal capoeira training in 1988 with Mestre Canceira and graduated to Professor in 2008 under the tutelage of Mestre Aberrê. Fuá studied Physical Education at the University Cruzeiro do Sul, Brazil. In 2009 Fuá moved to Vermont. Fuá pursued a BA in Early Childhood Education and Capoeira Studies from Goddard College, Vermont. Fuá is the creator of the Jagube Capoeira Method. Fuá has introduced capoeira to thousands of people in all levels of education. For 30 years Fuá has trained, performed and taught in a variety of venues, including Canceira’s and Aberrê’s academies, cultural centers, clubs, public and private schools, prisons, colleges, major productions, commercials, and NGOs throughout Brazil, Germany, US, and Canada.

About Capoeira:
Invented by Brazilian slaves, the art of capoeira is a complex amalgamation of fighting, dancing, singing, social skills, and ritual. Considered one of the largest black resistance movements, capoeira was outlawed from 1890 to 1940 in what was the first constitution of the Brazilian Republic. As a forbidden movement, capoeira was practiced in secret until one capoeira master was able to bring it out of its fugitive status. The legendary Mestre Bimba (1900 -1974) invented a new style of capoeira, Capoeira Regional. As its savior, Bimba modernized capoeira and Brazilian President Getulio Vargas recognized him as an educator.

Capoeira today is played in 150 countries throughout the world. The art was added to UNESCO's list of cultural manifestations respected as Intangible Cultural Heritage of Humanity on November 26, 2014.